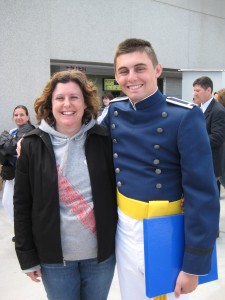 On 28 June 2007, less than a week after graduating high school, I stood in a field with over a thousand of my closest friends and mumbled through my first oath of office. The oath includes the phrase ‘I take this obligation freely, without any mental reservation ….’ Without any mental reservation, right. Leaving everything I had ever known at the age of 17 to go halfway across the country to a place where I knew I would be mentally, physically, and emotionally drained on a daily basis was either the stupidest or smartest decision I ever made. Seven years later, I tend to think it was the latter.

I did not have a typical college experience. My decision to attend the United States Air Force Academy pretty much removed that option. My freshman year involved walking only on the right side of the hallway, greeting by name rank and job title everyone in my squadron, standing in the hallway 30 minutes before the mandatory 0720 breakfast, reciting the meals of the day and other fun tidbits, and endless PT while being shouted at by the upper classman. My sophomore year saw an increase in academic course load while giving me the responsibility of guiding a freshman. Next year, more classes, more responsibility. I now had four sophomores and four freshmen. Senior year, I worked in admin for 1100 cadets and then was squadron leadership for the 110 cadets in my squadron.

While at the Academy, I didn’t have the usual electives or summer classes. I went through, and then taught, combat survival training. Other experiences included spending a month in Japan at Yokota AFB, standing at the end of the ramp at the back of a C-130 over Tokyo, glider flying, parachute jumping, and going supersonic in a T-38 to name a few. 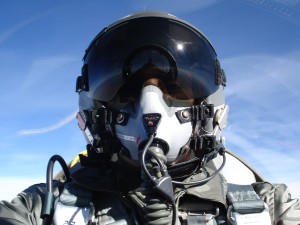 I went to the Academy for several reasons. I wanted to serve, I wanted to be a part of something bigger than myself, and I wanted to be a fighter pilot. Sophomore year, I found out I was not medically qualified to be a pilot. Instead of giving up, I doubled down. I found myself a new goal, flight test engineer, and I started working towards it, getting better grades so I could get a grad school slot as a first assignment.

Well, it worked. I got sent to the Air Force Institute of Technology to get a master’s in Aeronautical Engineering. After that I was sent to the flight test hub, Edwards AFB where I have been working as a discipline engineer testing a new version of the F-15. The best way I know how to explain my job to people is to ask if they have ever seen a NASA launch either in the movies or on TV. All those guys who sit at the computers poring over data? Yeah, that’s me. It’s a highly technical job, and I love it. It is also not a boring job. I typically have no idea what challenges I will have to face the next day when I go home at night. In my spare time I play soccer, I’m finishing up a private pilot’s license, I go to high performance driving schools, and I’m working on a MBA part time. 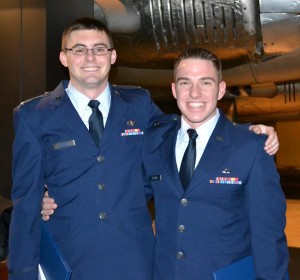 So, what tips would I pass on to soon-to-be college students? Well, when you get on the job, the most important criteria to your success will be your job performance. However, the path to doing well at your job starts in college. Will every class have material super relevant to your career? No, but even those ‘irrelevant’ classes will hone your skills to help your through the challenges you’ll face on the job. Don’t pass up an opportunity to do more. Do what you love, but don’t shy away from a challenge. It’s good that it’s hard. If it wasn’t hard, everyone would do it. It’s never too early to start preparing to take over your boss’s job. Nobody will ever care more about your career than you, so don’t be a passenger.